To those who, for lack of knowledge, like to tease him about his supposed physical resemblance with some great masters, he retorts with humour and finesse, like Marcel Duchamp “we no longer invent anything, everything has already been created!”. He continued, “I only paint with my guts, I externalise my pains through words, through the color that imposes itself with force and vigour.” He paints as he breathes, the words chanted like mantras, beyond filiations, currents and codes and this is probably where the vitality and sincerity of his gesture lies.

Jazzu’s painting is an outlet for his emotions. Instinctive and driven by the music that constantly resounds in his workshop, he has been processing the struggles that are important to him on canvas for fifteen years: discrimination, induced violence, his place in society as a man and a father. All these things come to light with the savage wisdom of his brushes, his spray cans and his oil chalks.

We could say that his painting is raw in the primitive sense of the term, yet it is sensual, textured, and sometimes even epidermal, so much so that there is a human element in the line.
It can be characterised as a social work, because through its catharsis, its universal themes suggest a journey, an introspection that speaks to each one of us.
The canvas should not be considered a mere ornament of our own selves but an invitation to a discussion or at least to reflection. Despite the general overview, it is a very positive painting, which seems to whisper modestly to some “everything will be fine at the end”. 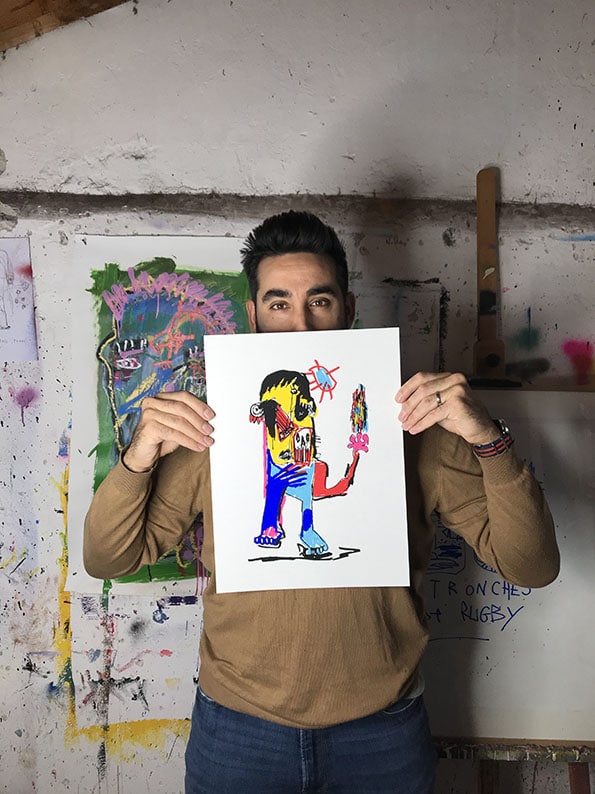 Discover the CV of Jazzu 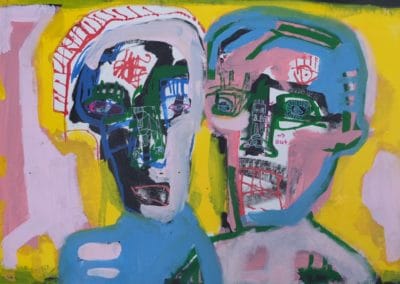 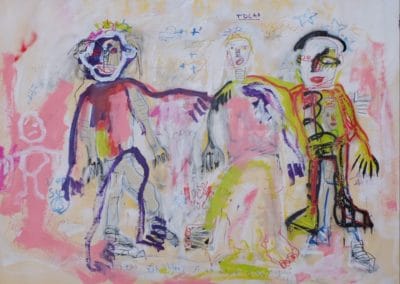 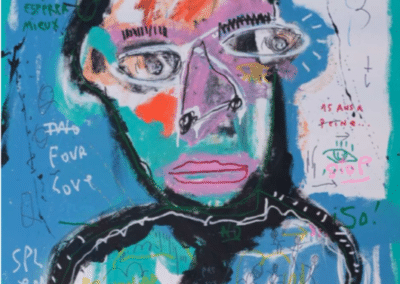 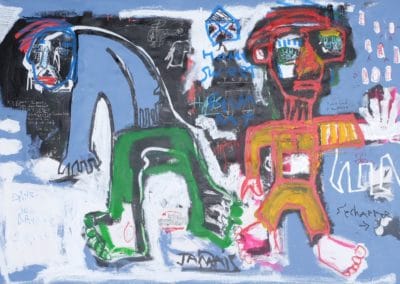 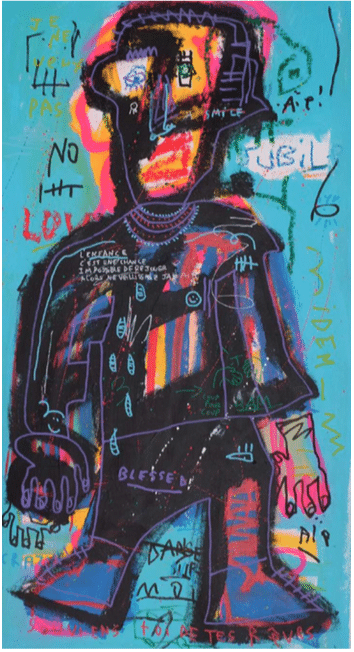 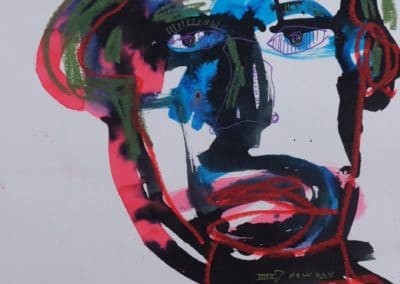 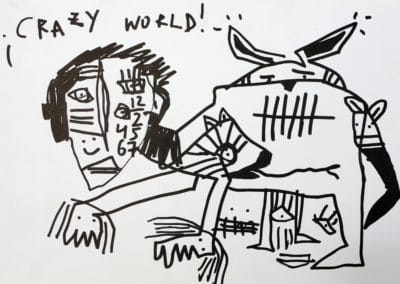 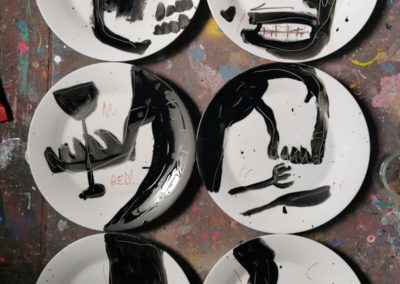